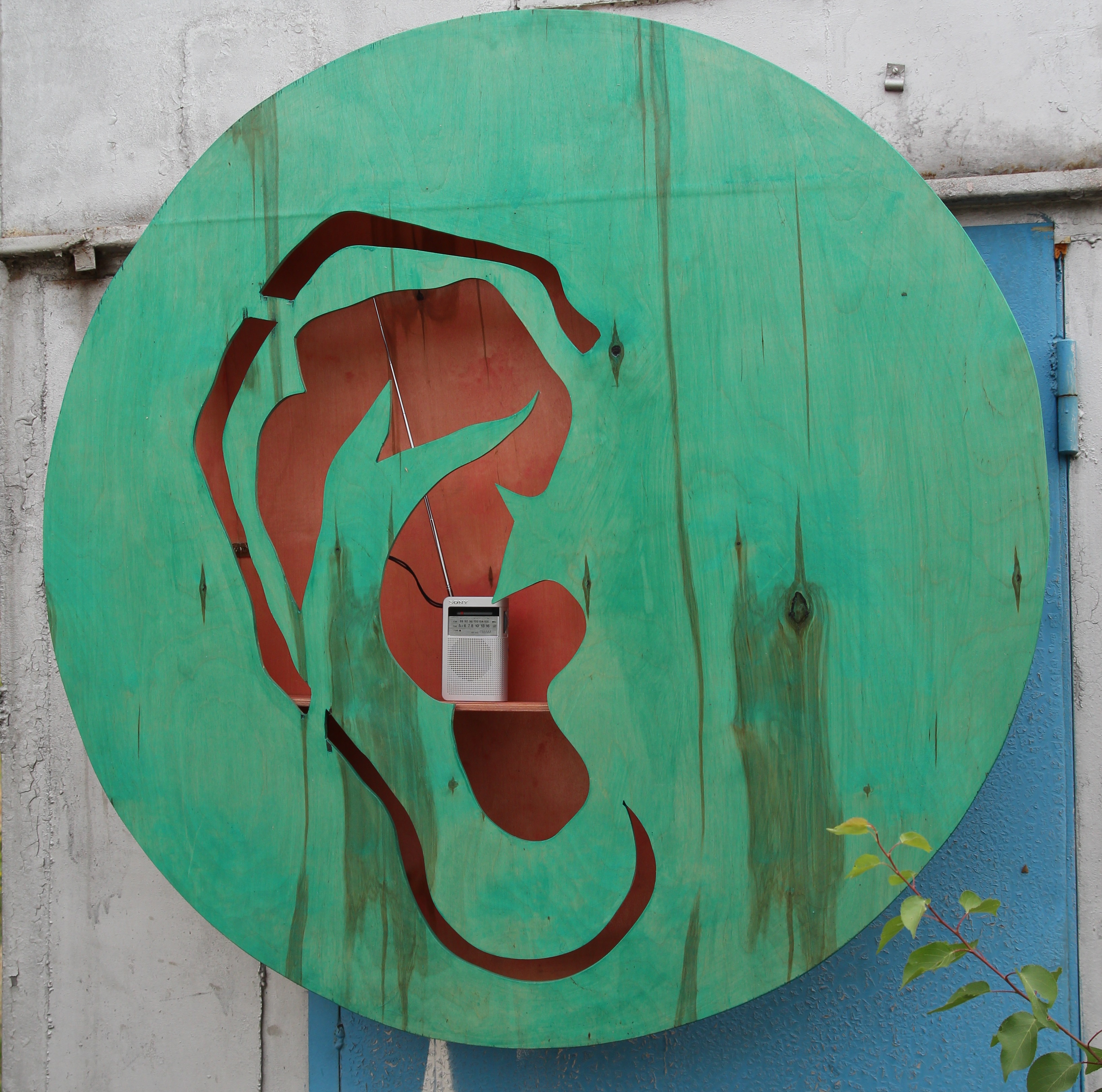 We recently received this submission of a radio project from Divnogorie, Russia, a village situated 80 km south from the city of Voronezh. ) The project was initiated by artist Tatiana Danilevskaya. You will need to speak Russian to understand the youtube clips but Tatiana’s website is in English where you can read more about this project and the rest of her art practice.

is a micro radio project and series of programs connecting various co-existing in the same area groups of people – inhabitants of the village, the museum-reserve staff, artists of the residence – in audio space. Blinking between voice and radio waves, the artist therefore becomes the receiver-transmitter registering polyphony created by a living area.
In contrast to television radio has a rather low technical threshold, that does not require expensive equipment and large staff.
Micro radio narrowcasting was organized during three weeks. Nine original issues and one compiled were released. During the opening of the exhibition radio was broadcasting from a specially designed object “The Speaking Ear” (plywood, radio receiver).
Radio schedule includes six programs and a jingle:
1) “Divnogorie Speaking” – talks to the local people, museum staff and artists of the residence;
2) “Toponymics” – vocabulary of the geographical names (names of micro districts);
3) “The Music Box” – music on demand;
4) “Sounds Fu…” – soundscape (anthropogenic and natural sounds of the village);
5) “The Loudspeaker” – texts (fiction and non-fiction) read by members of the art residence / in the original version;
6) “Yablochko” – ditties on vital topics, composed on samples of folk lyrics, modern and classical Russian literature, that saunter in background knowledge of the Russian people; friendly epigrams.Radio “Voice of Divnogorie” ( https://www.youtube.com/channel/UCnwL-IcmH1j9vd4tPIzMCUg> )