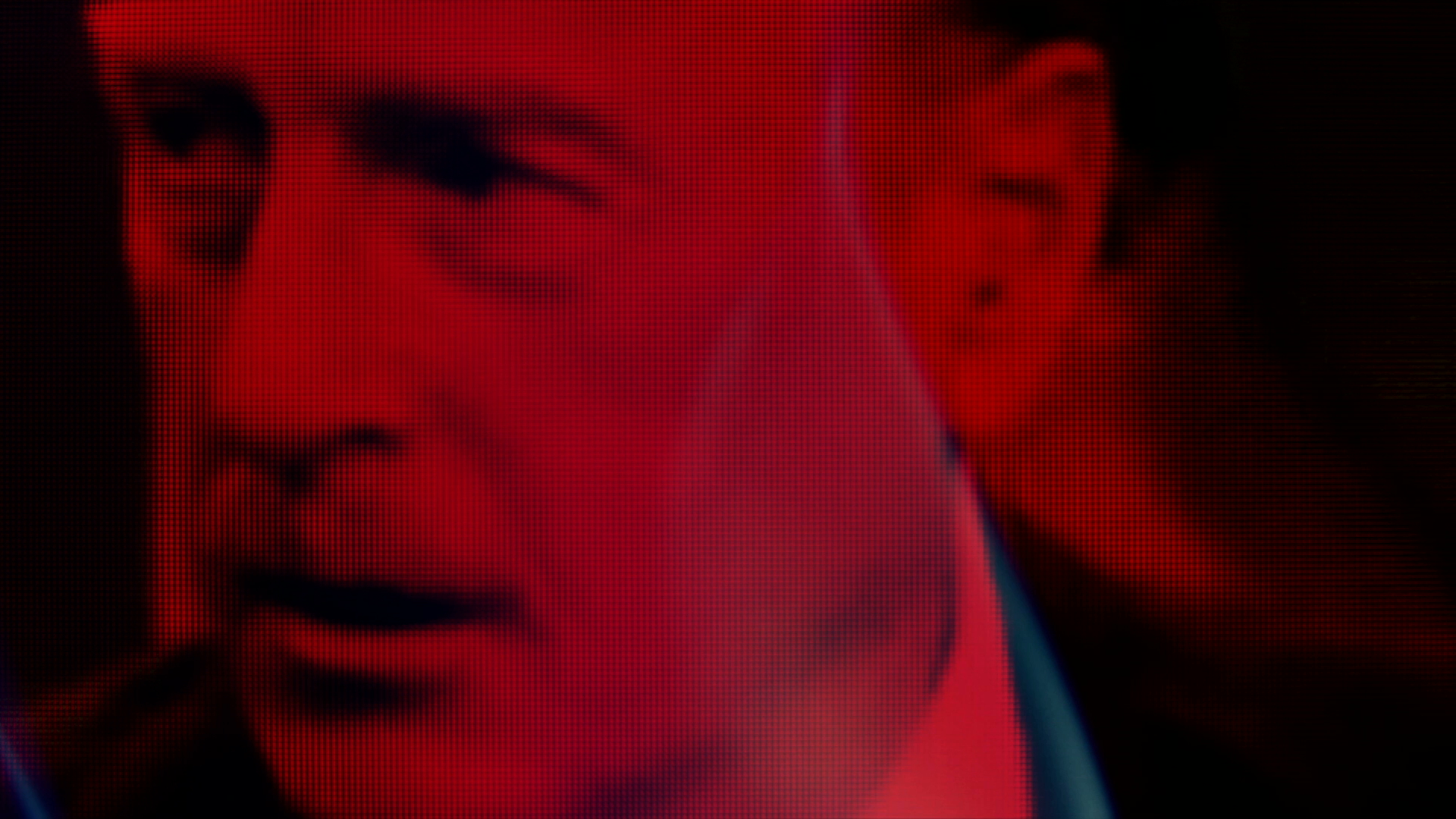 An audio visual exhibition by

“Rapidly we approach the final phase of the EXTENSIONS of man – the technological simulation of consciousness.” -Marshall McLuhan, Understanding Media, 1964.

‘Extensions’ is a collaborative audio visual project by Canadian sound artist Mark Templeton and film maker Kyle Armstrong. Having previously collaborated together on several shorts such as “Carved and Cared For’’ (which is included in this exhibition) Templeton & Armstrong were looking to further expand on their partnership with a concept project based on the philosopher / visionary Marshall McLuhan.

Templeton says of the work – ‘The project was always focused on McLuhan, as Kyle and I wanted a project that we could collaborate on and a concept that anchored the work… And McLuhan was born in Edmonton, where we live. Kyle would send me sampled audio files from obscure films and such. I would work with those, and additional sampled works, to construct a piece. I then would send him a few different workings, which started a back and forth approach in sharing our ideas’.

Utilizing tape manipulation and found sounds of brooding ambience Templeton’s sonic palette truly complements Armstrong’s film of warped and blurred imagery, underlying the themes of technology and over-extension. The soundtrack is a collage of fragmented and stuttering vibrations that create an underlining sense of longing with snatches of the familiar and non familiar, a perfect aggregate to the non narrative patchwork of  manipulated videos and  warped  bleached out, dyed, scratched, layered and painted images.

Marshall McLuhan was a Canadian philosopher and communication theorist. His work is viewed as one of the cornerstones of the study of media theory, as well as having practical applications in the advertising and television industries .McLuhan is known for coining the expressions the ‘medium is the message’ and the ‘global village’, and for predicting the World Wide Web almost thirty years before it was invented 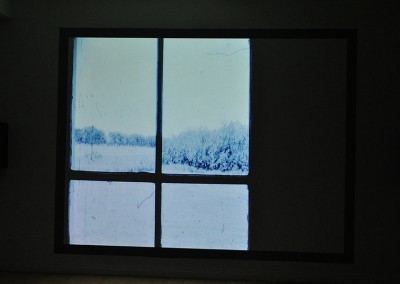 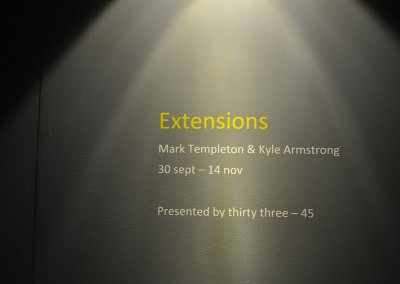 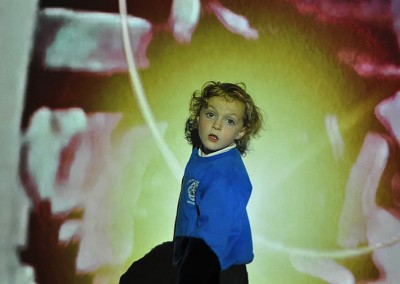 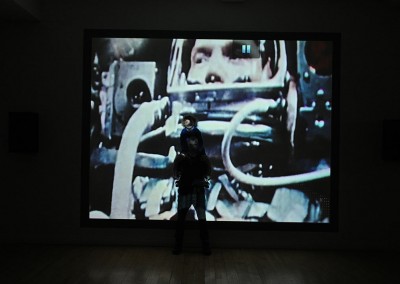 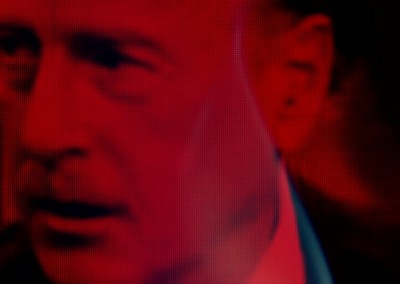 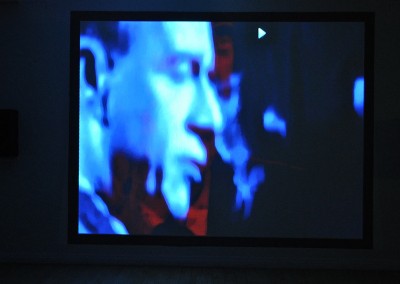 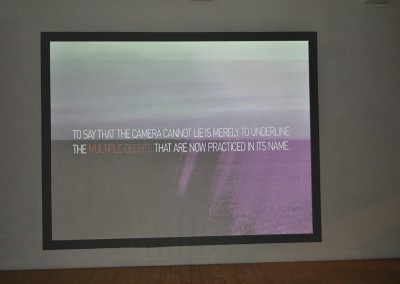 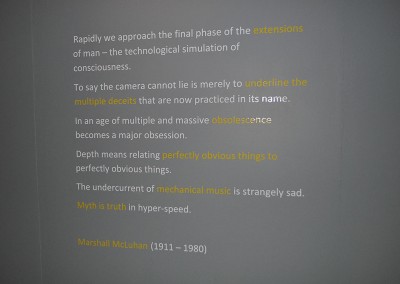 Canadian sound artist and media studies teacher Mark Templeton utilizes acoustic instruments, found sounds and sampled material to construct textured, collage-like electronic compositions. His sound has been called “glitchy,” but also “painterly” in an attempt to describe how his sources are crumbled and reconstructed into new forms.

Templeton’s works have been commissioned by organizations and artists of contemporary dance, film and audiovisual disciplines. His recordings have been published by Anticipate Recordings, Staalplaat, Sweat Lodge Guru, Under the Spire Recordings, Silentes and Graphical Recordings, which he owns and curates.

KYLE ARMSTRONG is a Canadian filmmaker and artist. Working with super8 and 16mm as well as lo-fi video, Armstrong frequently uses hand-altering film techniques, employing bleaches, dyes, scratches, and paint to alter both his own footage and found films. His primary focus is on creating short, non-narrative films, which have been screened at various galleries, during live performances and in traditional cinemas around the globe. His films are influenced by filmmakers as diverse as Stan Brakhage, Hollis Frampton, Bela Tarr, Alexander Sokurov, Guy Maddin and Andrei Tarkovsky.

Armstrong’s most recent film Magnetic Reconnection received its world premiere at AFI Fest 2012, and has since been selected for SxSW 2013, Ann Arbor Film Festival, Raindance (UK), Guanajuato International Film Festival, CPH:DOX, RIDM, Rooftop Films, Seattle International Film Festival, True/False Documentary Film Festival, won the 2013 Edmonton Film Prize and has been shortlisted for the Cinema Eye Honors and has screened publicly more than 130 times. The film features an original score by Grammy award winning producer/composer Jim O’Rourke, a voice-over by acclaimed singer-songwriter/actor Will Oldham and likely some of the best footage of the aurora borealis ever captured.