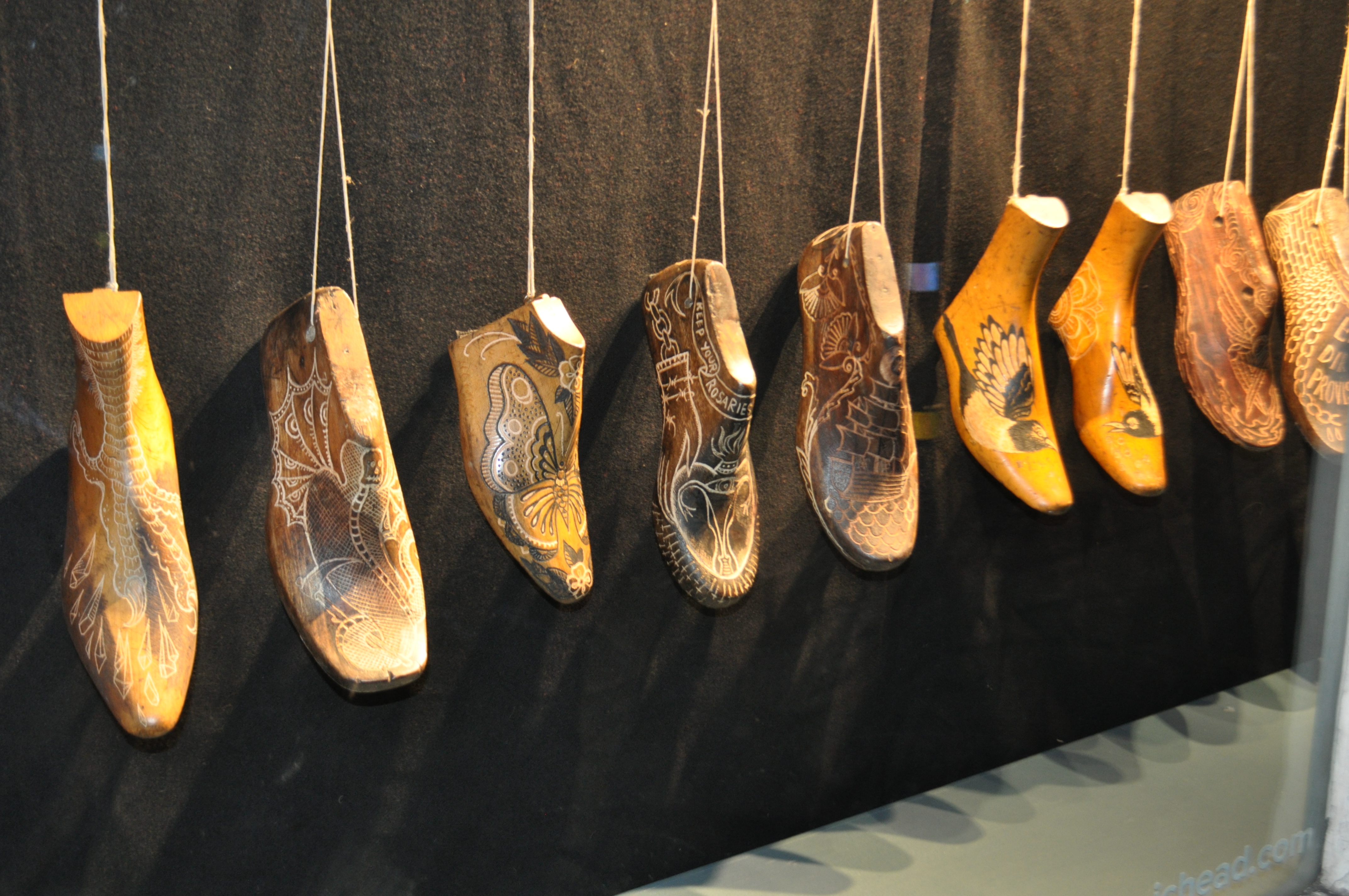 For Culture night 2020 I was commissioned by Collette Farrell, Director of Droichead Arts Centre to curate an off-site exhibition as the final part of a 3 strand project called ‘Connection’ which would take the gallery offsite and out into the public. We decided to present the exhibition in unused and in use retail premises. With that being said taking the gallery outside is not without its challenges. There are compromises, frustrations and many hurdles to overcome in order to create a cohesive exhibition in this unusual environment. Having a background as an ‘art technician’ I believe, allowed me to expect the unexpected and think on my feet and keep my head when something fell through or had to change at last minute plus I had the backup of an excellent team at the Droichead Art Centre.

‘Connection ‘ As a word or concept has gained a lot of resonance during the Covid pandemic. How we connect has come to the forefront in this time of isolation and uncertainty. But how do we define ‘Connection’ and what does it mean to us as individuals or as a community? Nine artists were asked to respond.

During early discussions I decided I wanted to embrace local, national and international artists. Keeping with the ‘Connection’ theme the international artists selected were ones who already had a link with Drogheda and I have worked with before. Gee Vaucher (UK) had her first ever solo Irish ‘Lost for words’ exhibition in the Droichead in 2012. Sarah la Puetra (USA) played at the Drogheda Arts Festival in 2017 with the band ‘Thor & Friends’ while Mark Templeton (CAD) gave a lecture on sound and photography in Droichead in 2019. Another strand to this project was to include people not necessarily of the ‘Art World’ per se. Orla Fitzpatrick is a photographic historian, Claire Fitch is a composer and digital media designer and Helen McDonnell is a well-regarded tattooist. I felt this would allow for a broader investigation of the theme.

Starting the exhibition trail was ‘Namara Lindsay’s’ film piece ‘Nora’ This piece, a study on mortality is melancholic but handled with subtlety and dignity. ‘Nora’ shown on 3 retro monitors is not just an ode to her Grandmother but also a poignant response to our elderly and to healthcare challenges which has come to the fore during these Covid times.

‘John Moloney’ to me is the quintessential ‘outsider artist’. He uses found materials and ready-mades to create juxtapositions with the urban and natural. Johns work defies the gallery experience as you could easily come across a sculpture by John in out of the way places in the natural and urban environments. . One of his exhibits is titled ‘Blackspur Ferns’. Blackspur is the brand of cable ties John has used to create this piece.

Amongst the window display at Kevin McAllister Electrical was the work of Canadian artist ‘Mark Templeton‘ who is best known as a sound artist and photographer. His piece ‘Anonymous Subjects’ investigates the unknown through single image processing. Scanned 35mm slides of people, set against the backdrop of water, the video loop acts as a reflection of our past, assembled during a period of uncertainty. The idea is that people may just happen across the film within the display and pause for a moment or two with their thoughts.

The Westcourt Hotel housed two works, the first being Fran Cassidy. As a photographer and poet he captures the essence of everyday life from candid moments to the unexpected. There is a warmth to his photography that is always empathetic to his subjects, many of whom are on the margins of society. ‘Phoneshop’ his piece for this show asks the question : are we really that connected or are we becoming more isolated through technology.

Alongside Fran’s work was two Qr codes, the work ‘Populated Solitude’ by Claire Fitch. It is a virtual work based on the ‘ghost space’ that is now the Westcourt Hotel . To be allowed into the piece you must scan her Qr codes that draw you into a virtual world of sound, vision and text based on conversations and stories from the varied history of the hotel itself.

Helen Mc Donnell’s piece ‘Walk in these shoes’ was 13 intricately carved shoe moulds which acknowledge the lost art of ‘Scrimshaw’. These molds were given to her by a former cobbler who realised he had no one to pass the shoemaking tradition on to. Helen has transformed these objects, investing them with new meaning. Each shoe has detailed carved images and statements that are both personal and social.

Never afraid to make a bold statement ‘Gee Vaucher’ is probably best known for her artwork with English anarchist punk collective ‘Crass’. For this exhibition she and her co conspirator ‘Penny Rimbaud’ created slogans playing on the word ‘Choice’ and what it means to us as individuals. ‘Choice’ is the former name of the shop where Gee created her installation

In an inconspicuous doorway we placed ‘Always check the mail’ the work of American artist / musician Sarah La Puetra. Sarah asks you to take a card, answer 2 simple questions, add your address, pop it in the letterbox and she will return to you a bespoke piece of mail art in response.

The final work of the exhibition, at the Drogheda Library was a historical piece by Orla Fitzpatrick. Orla, a photographic historian, came across a collection of intriguing portrait postcards which were taken in the photographic studios in Drogheda between 1860 and 1910. These cards were exchanged between friends and family and sent to emigrants in America. They provide a visual connection to the commercial and social history of the town.

Connection is part of an ongoing commitment of Droichead Arts Centre to comment, participate and engage in reinvigorating our community during a time of crisis. 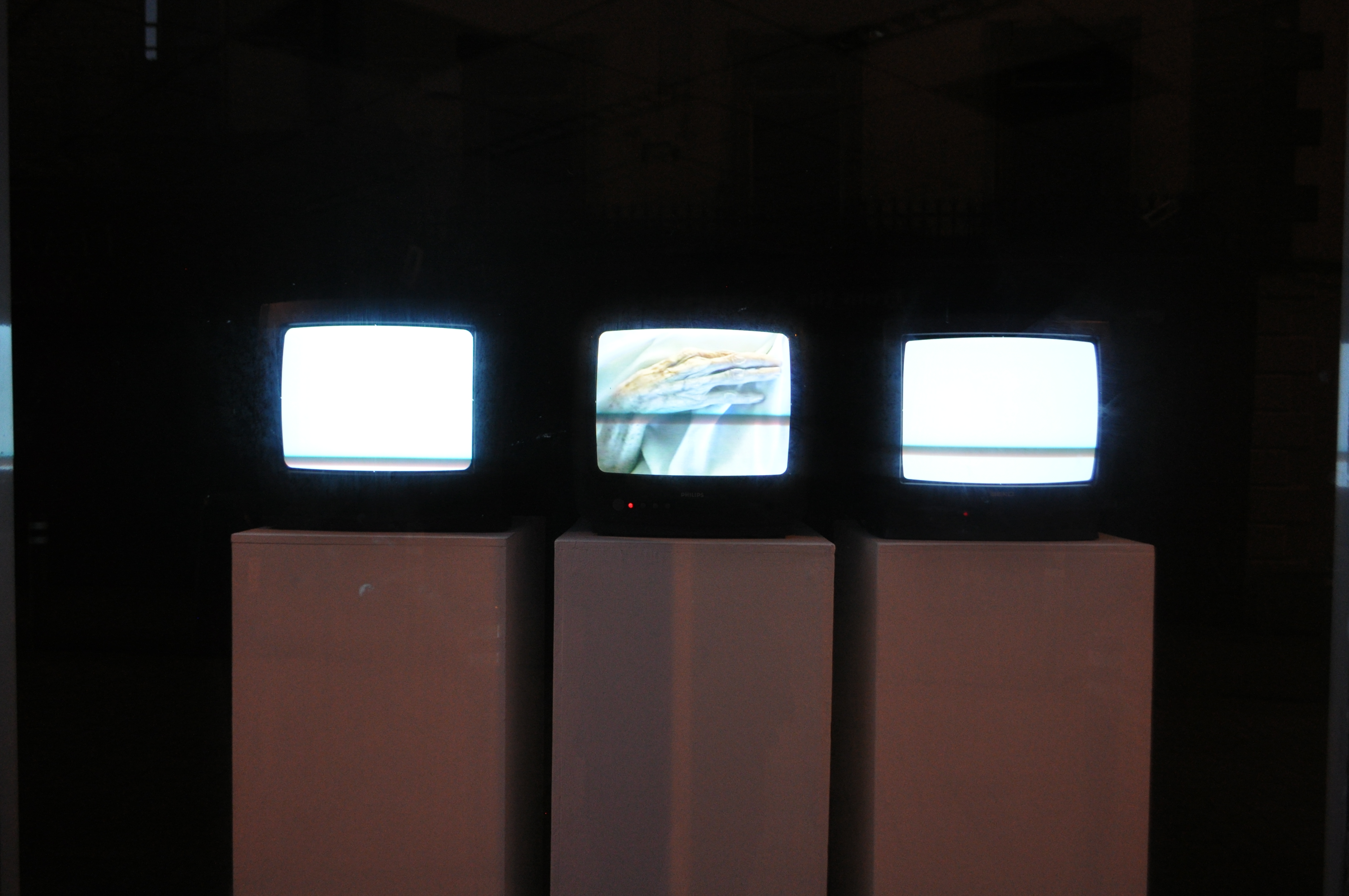 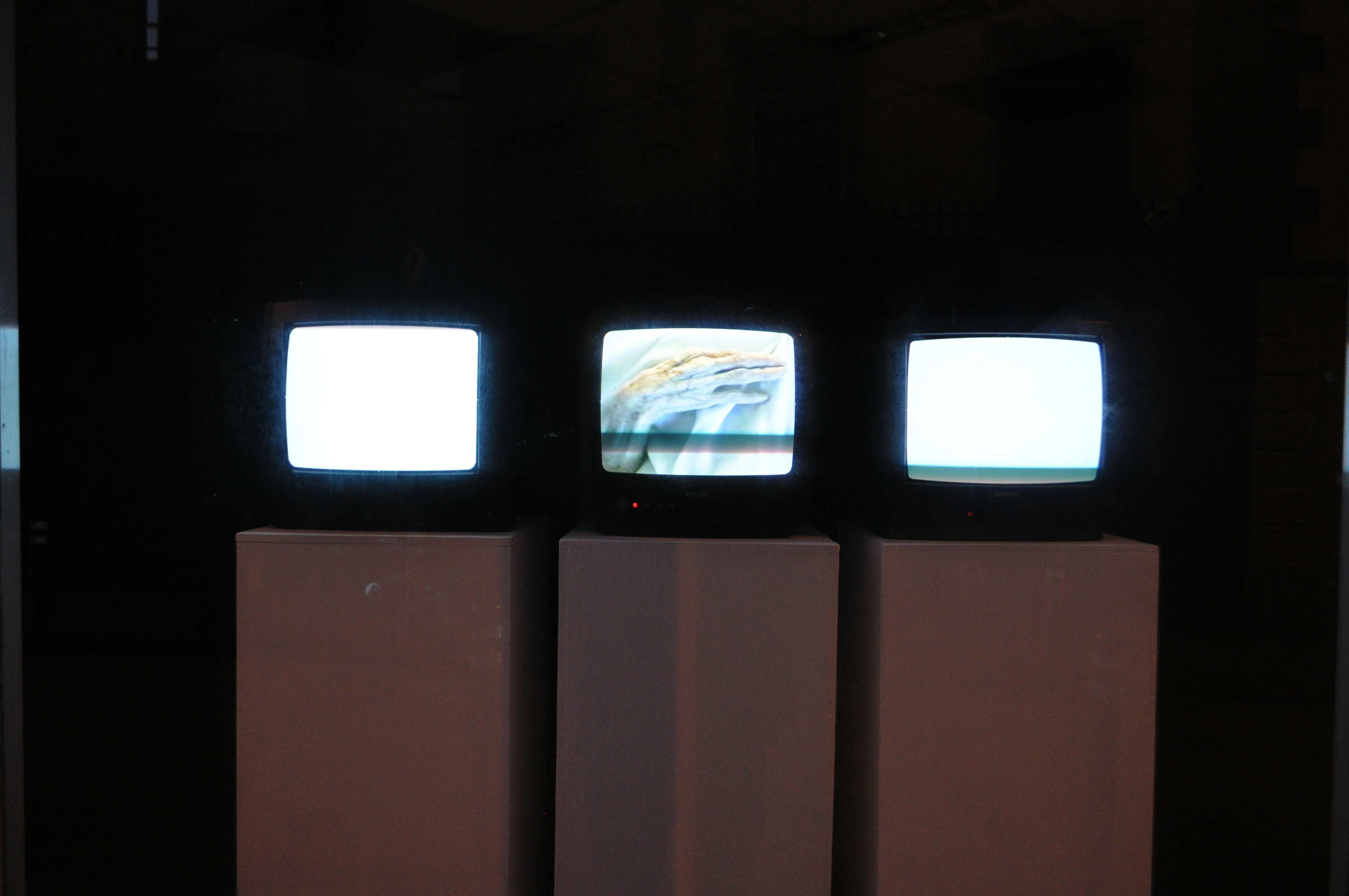 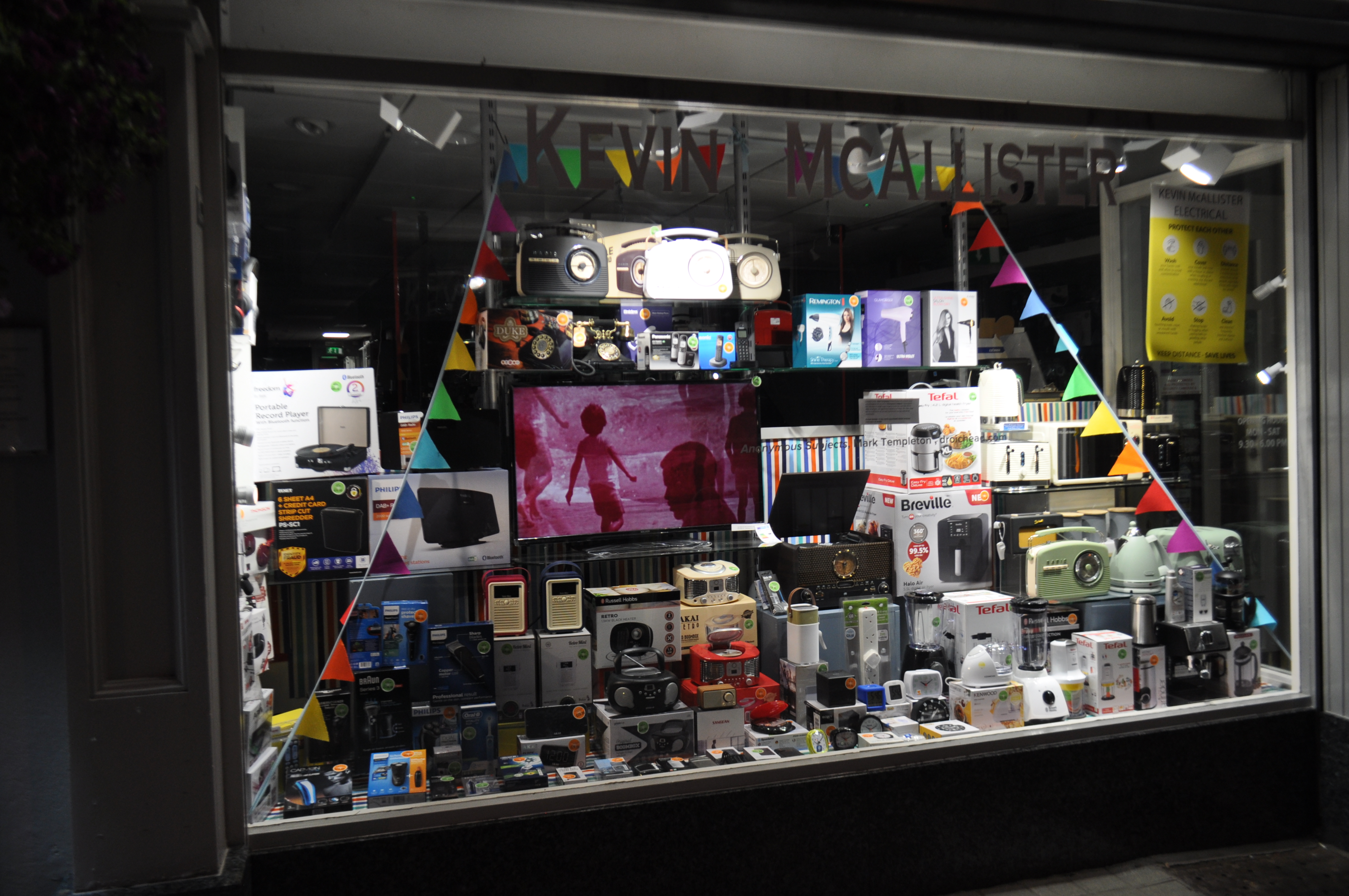 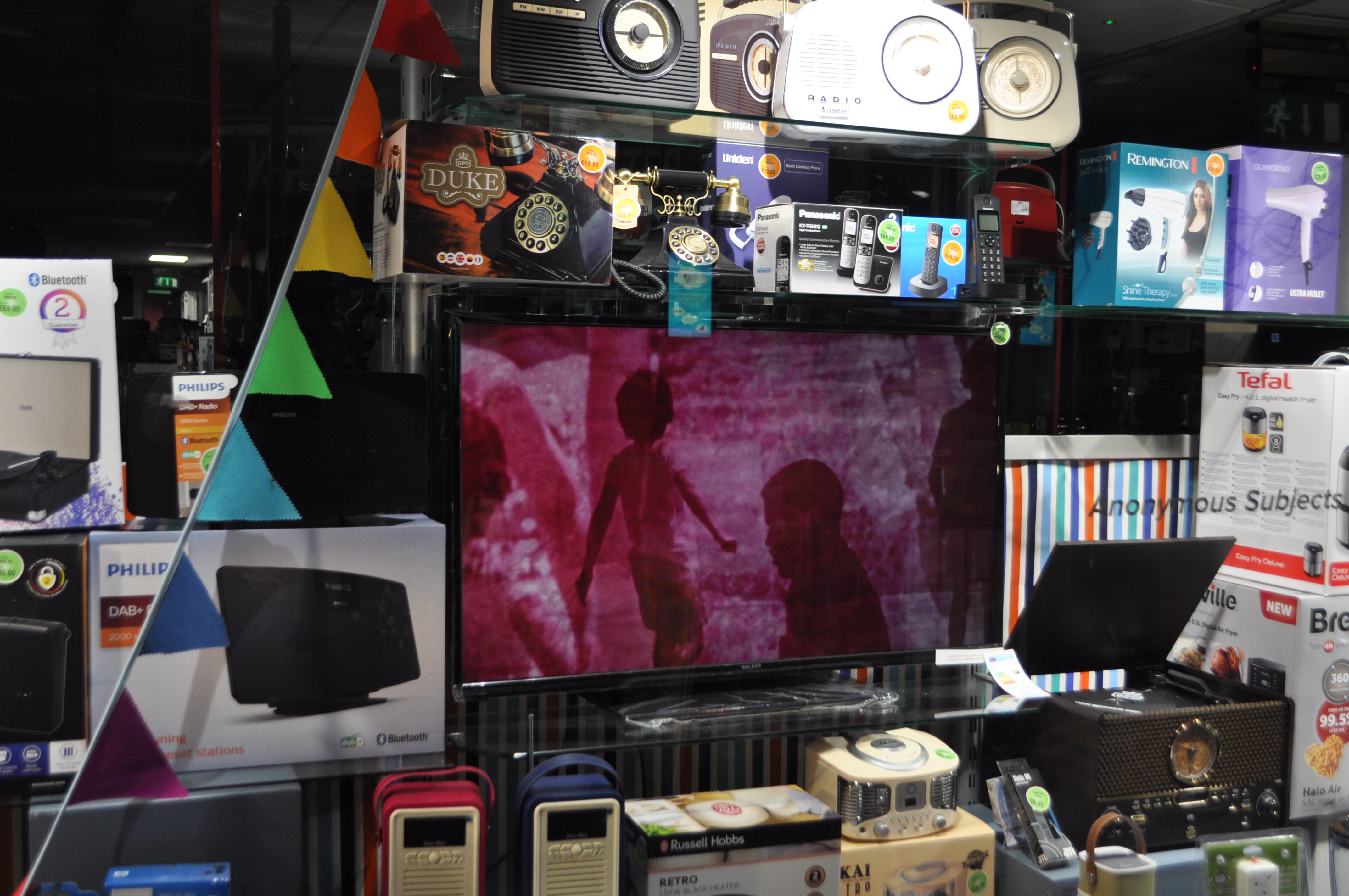 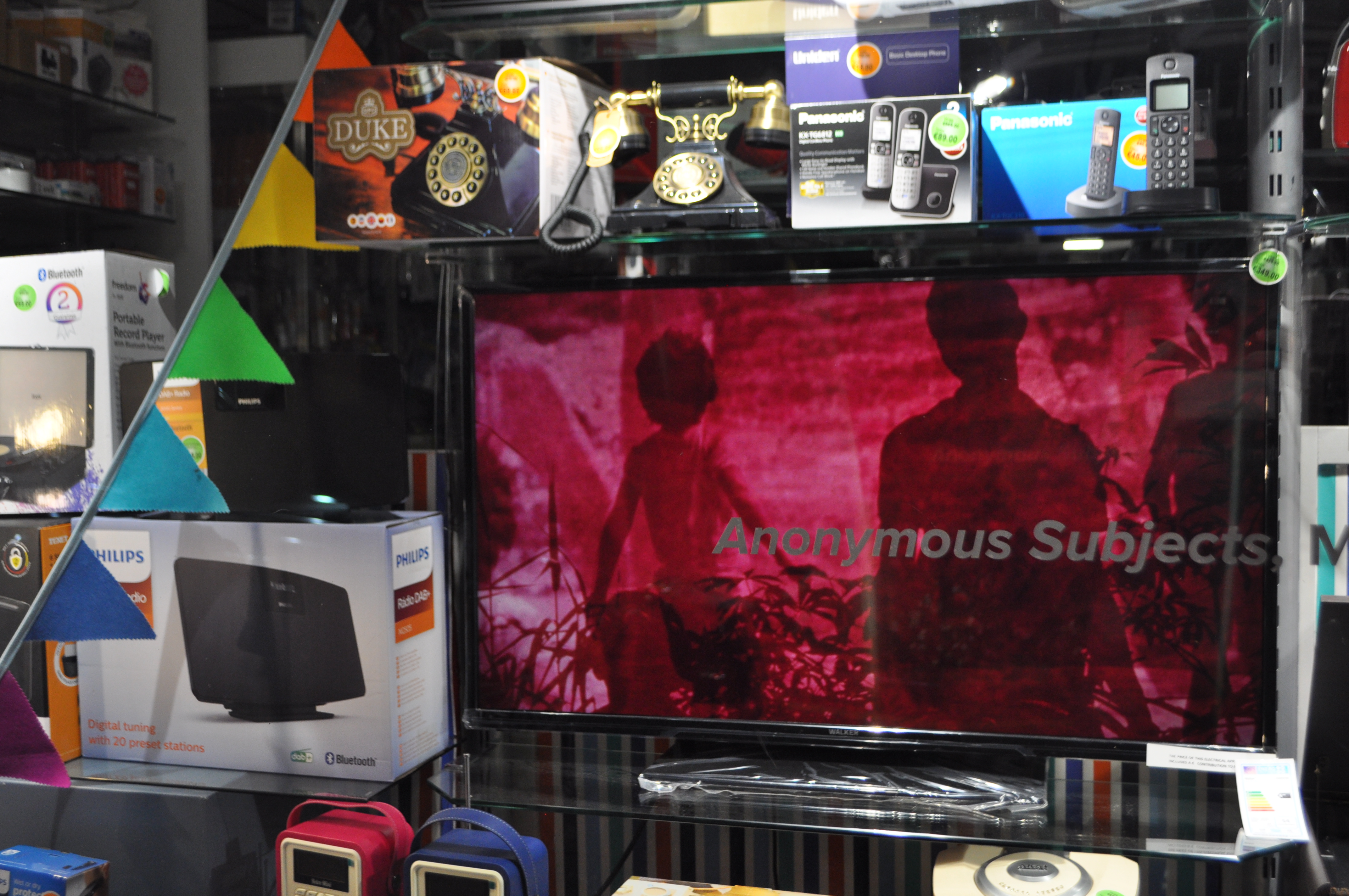 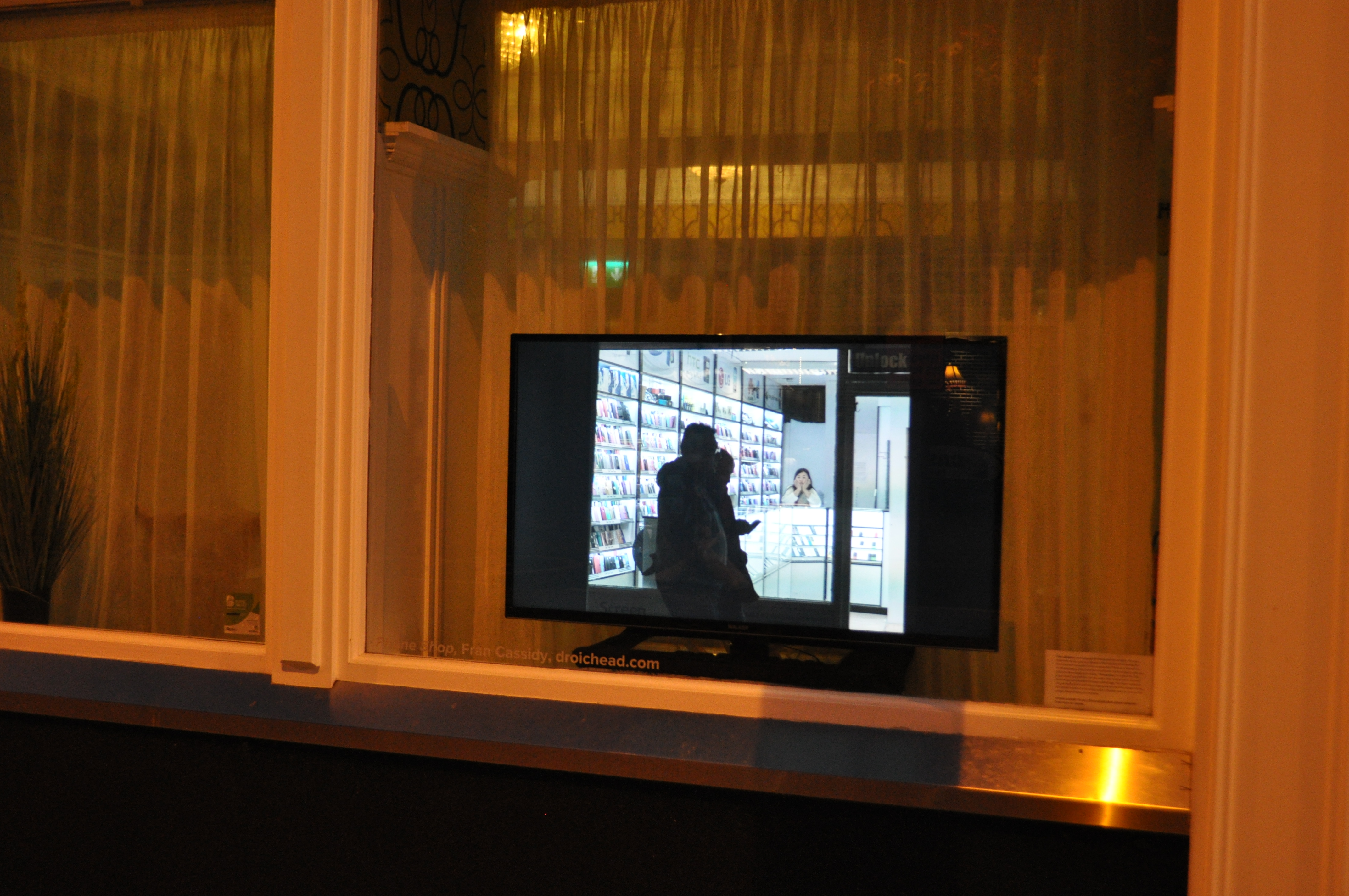 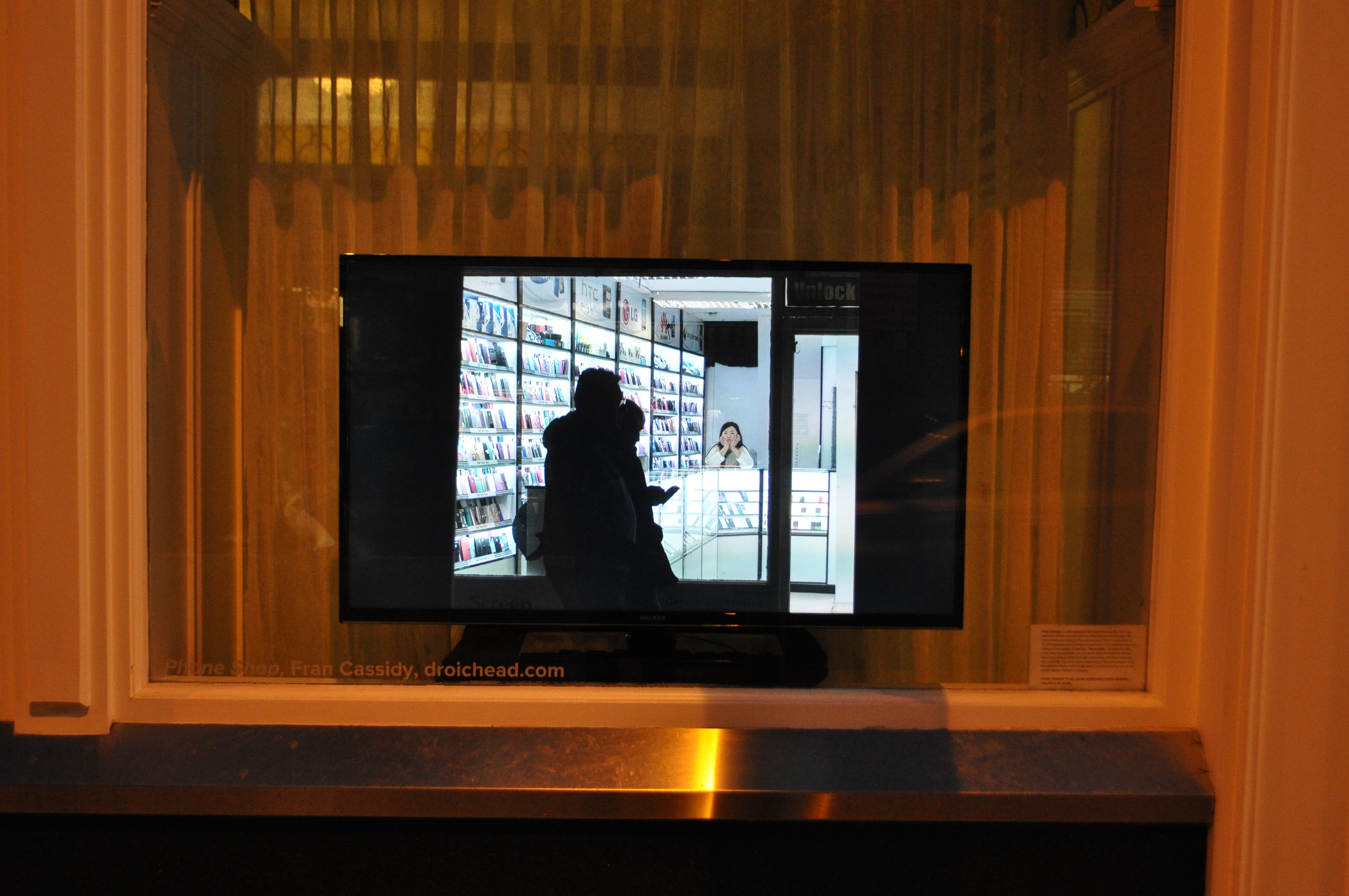 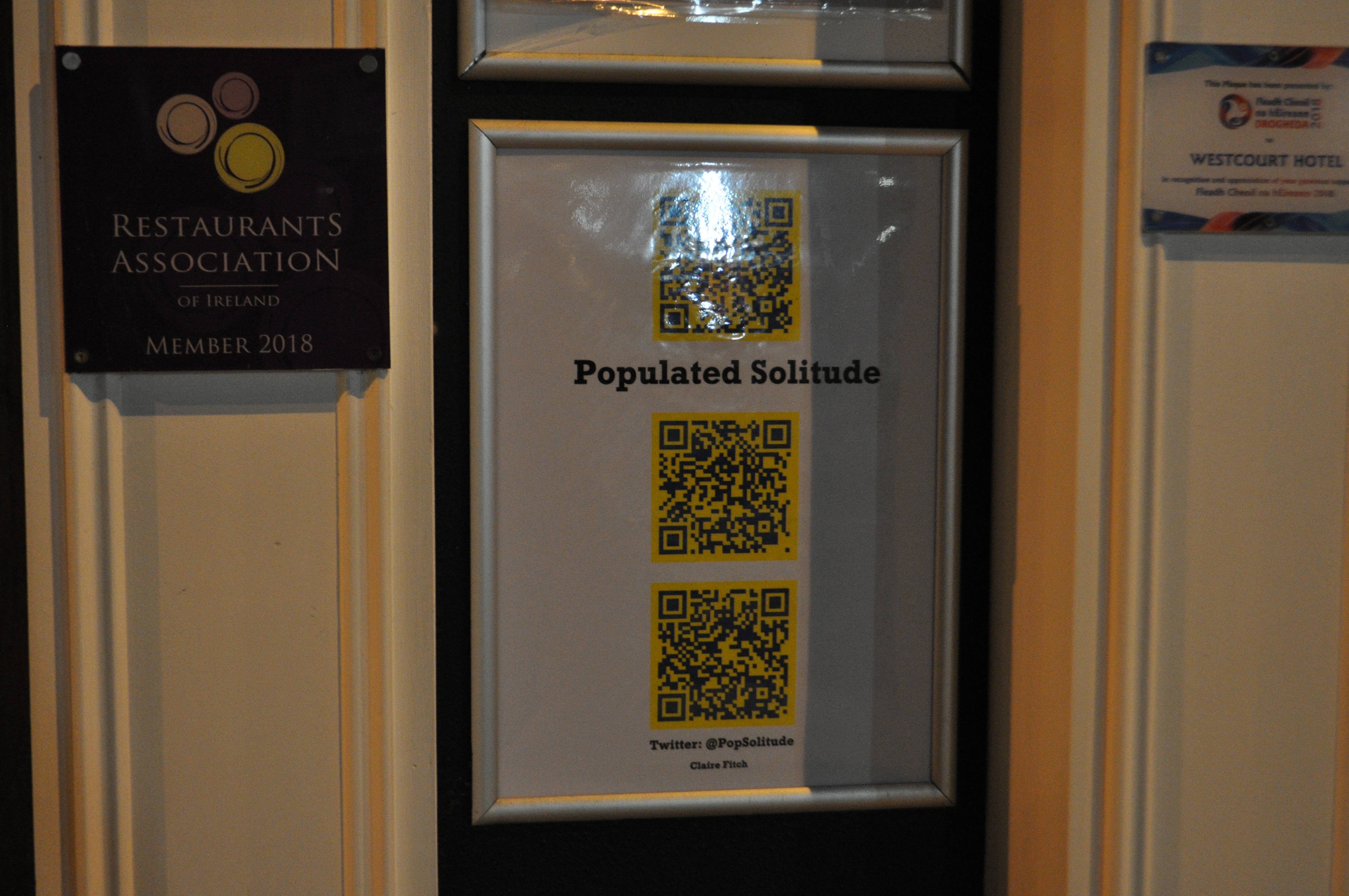 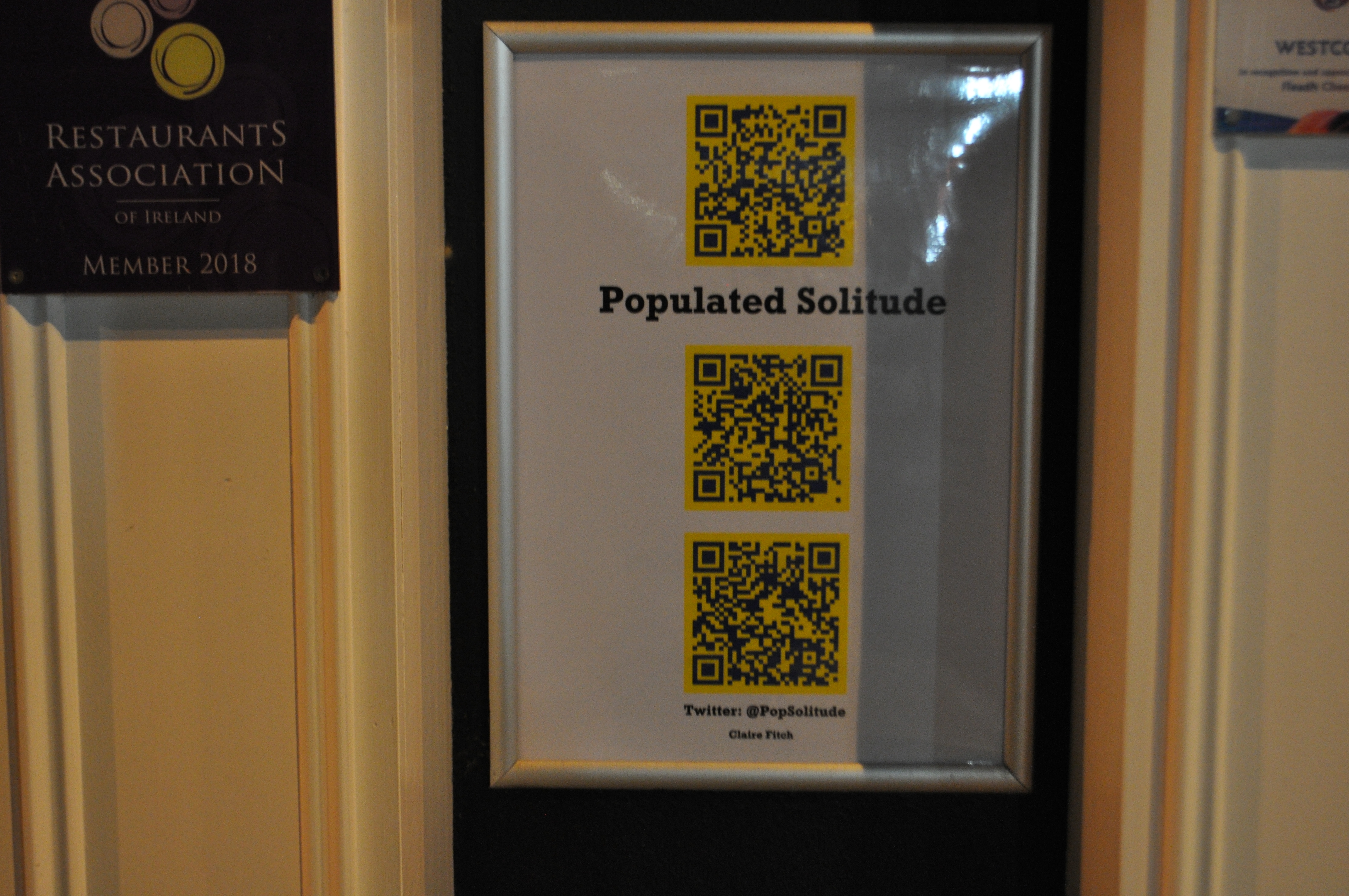 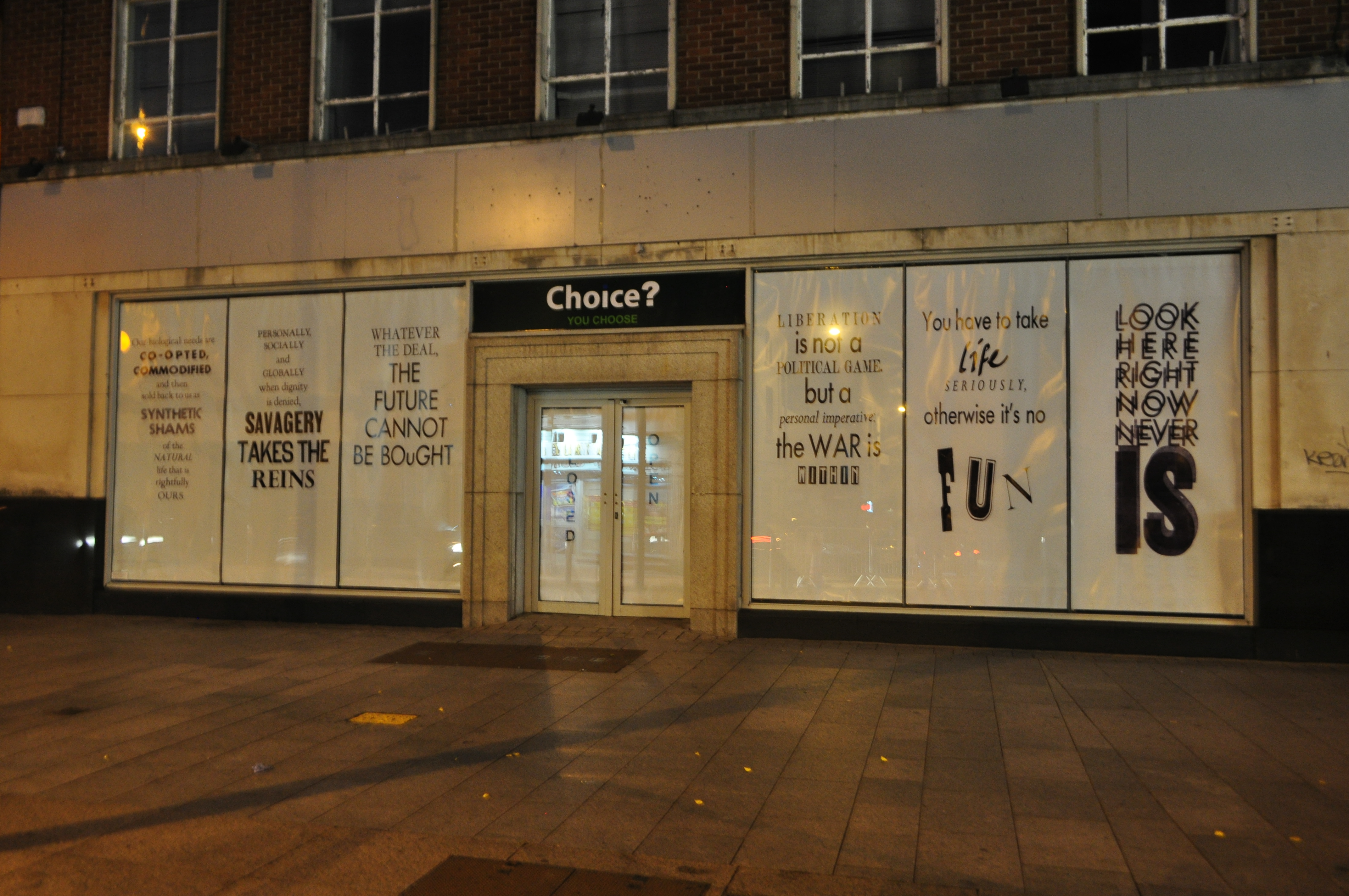 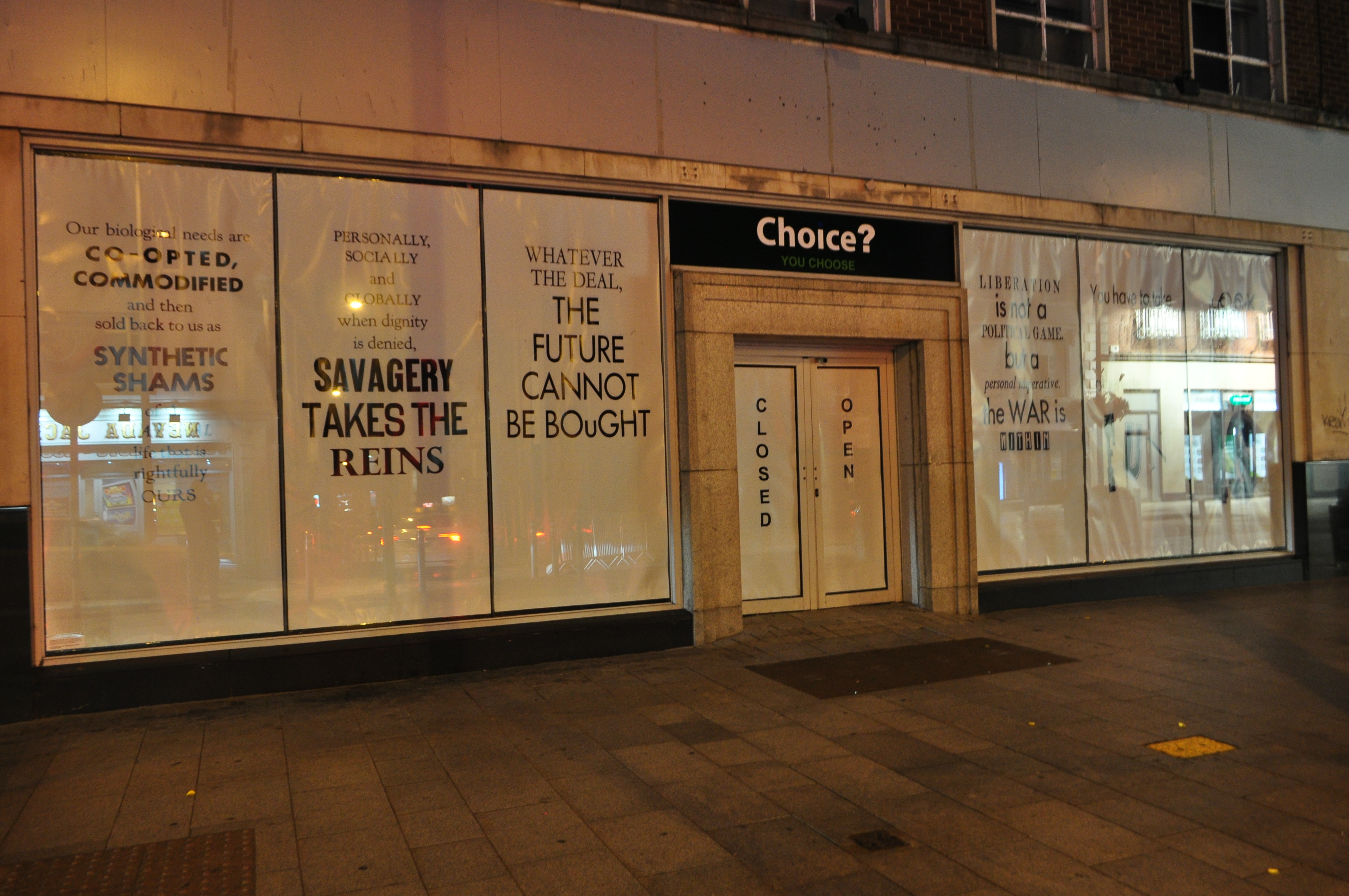 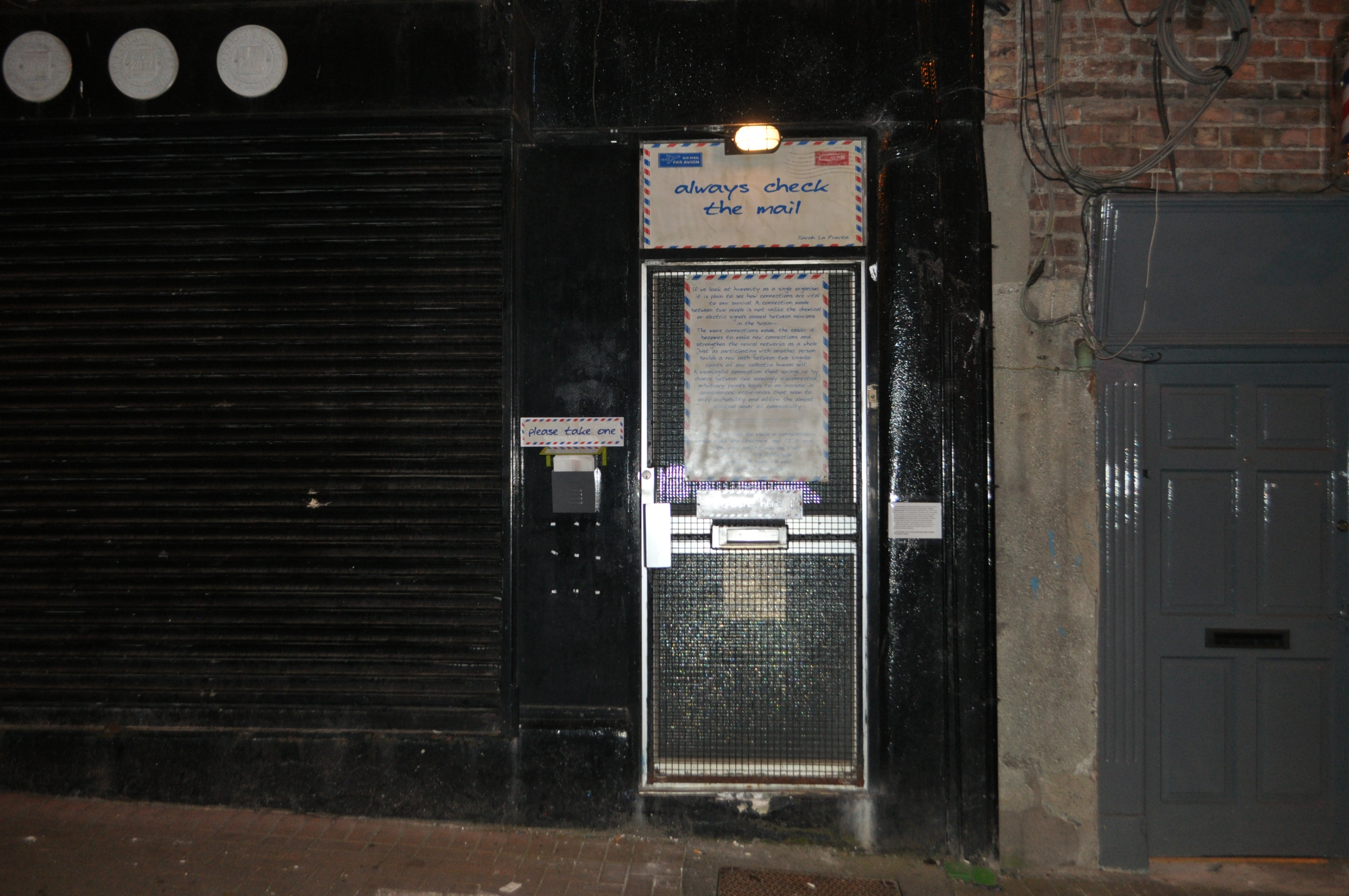 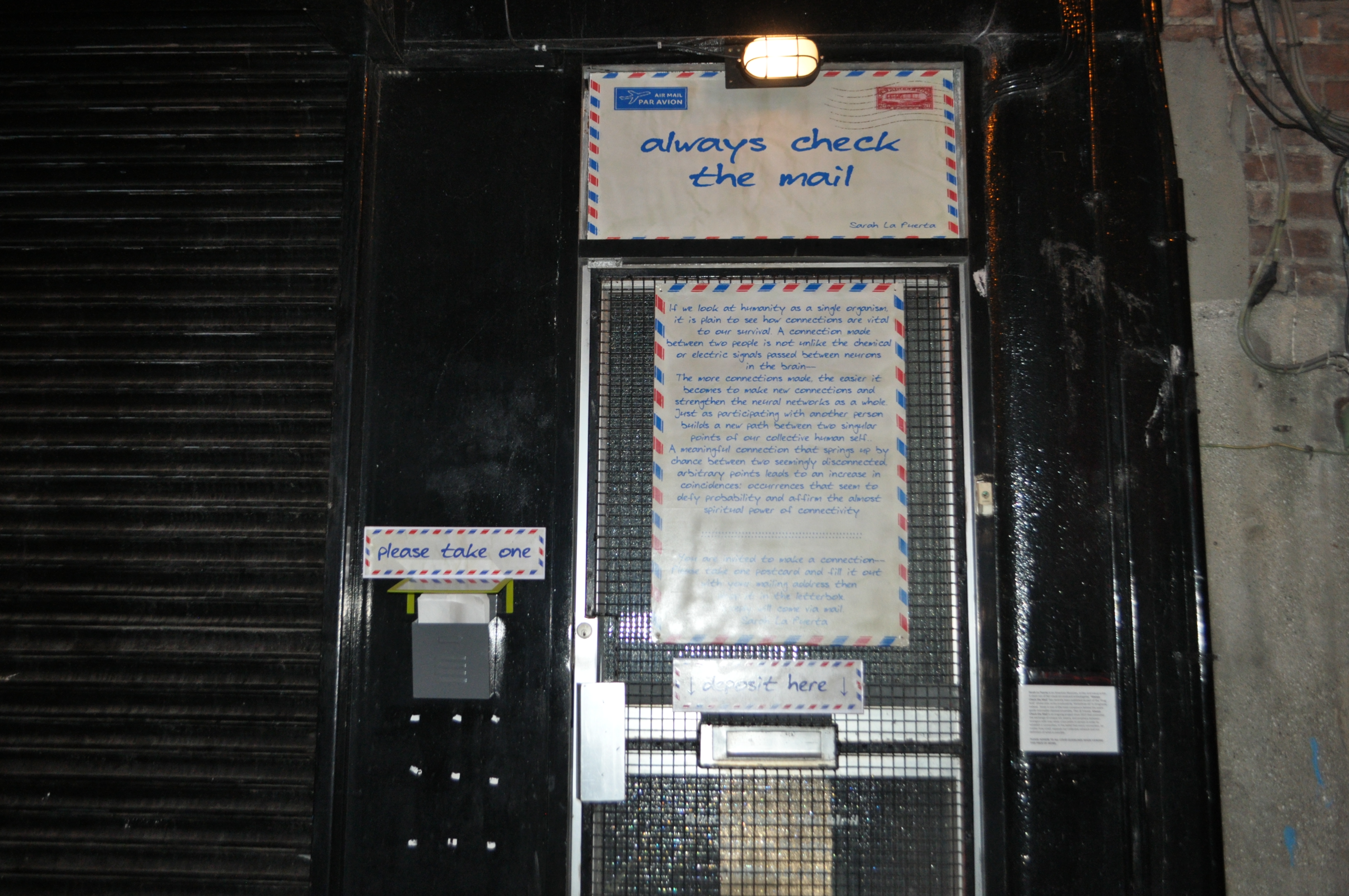 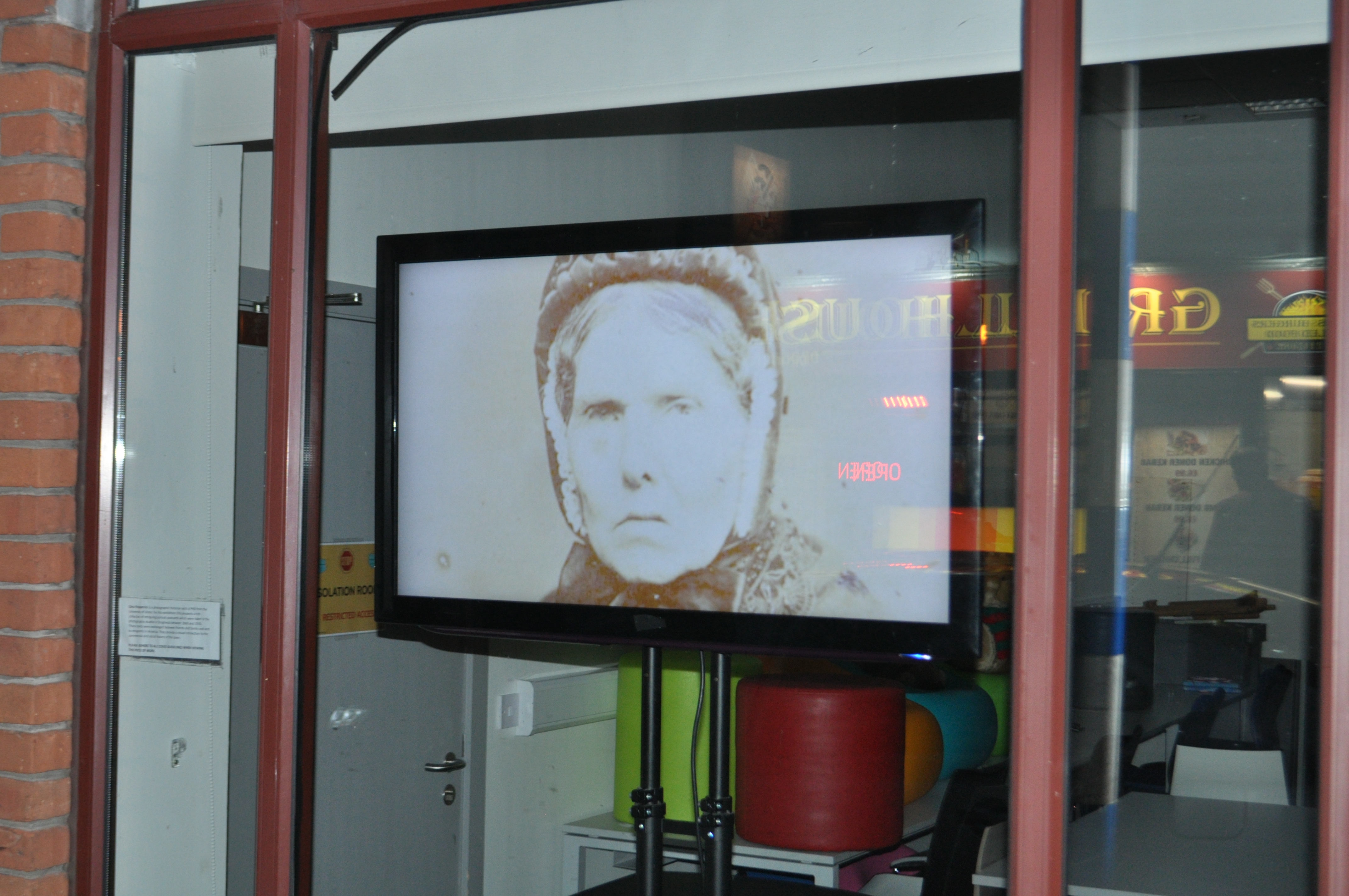 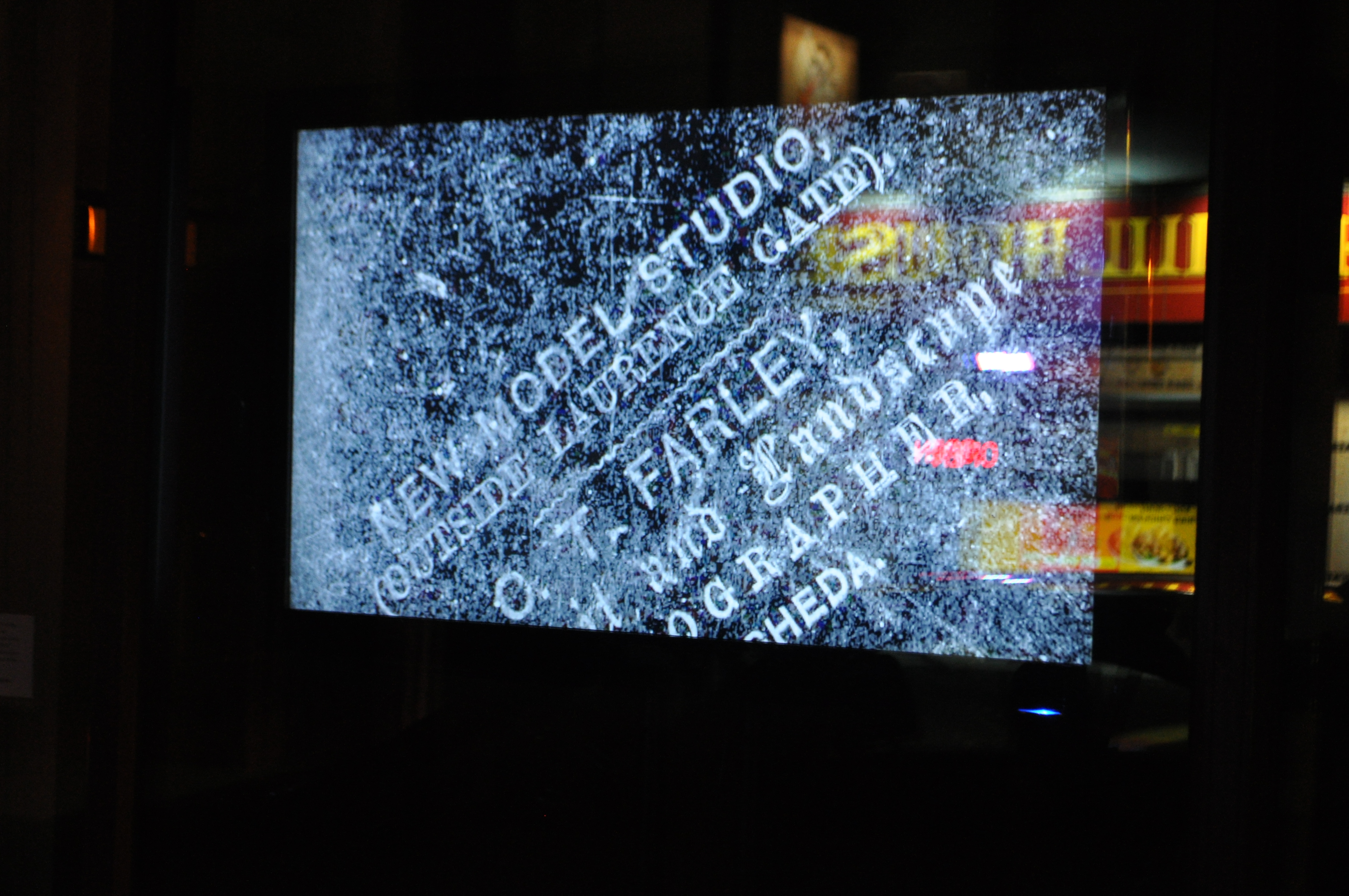 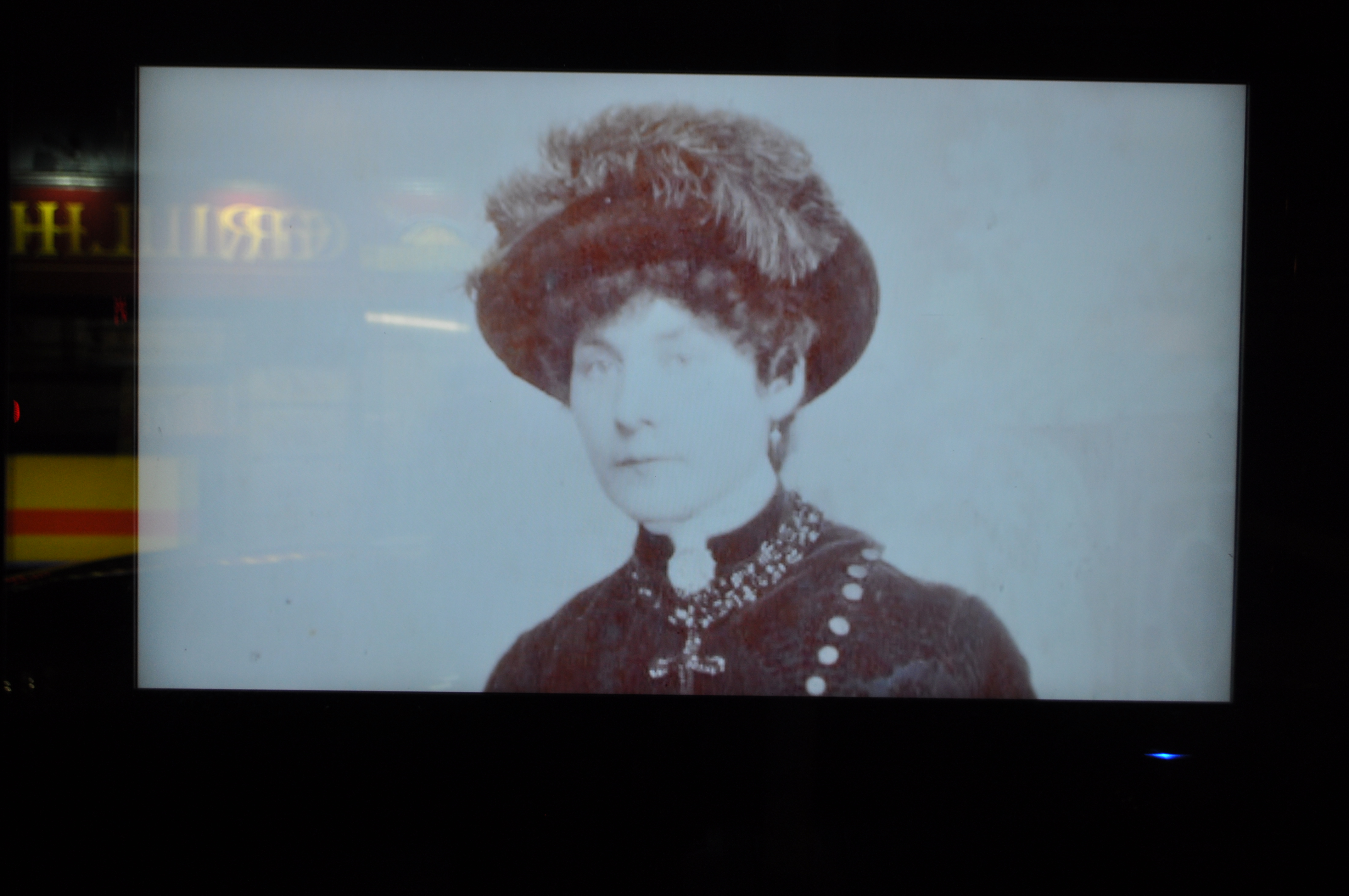 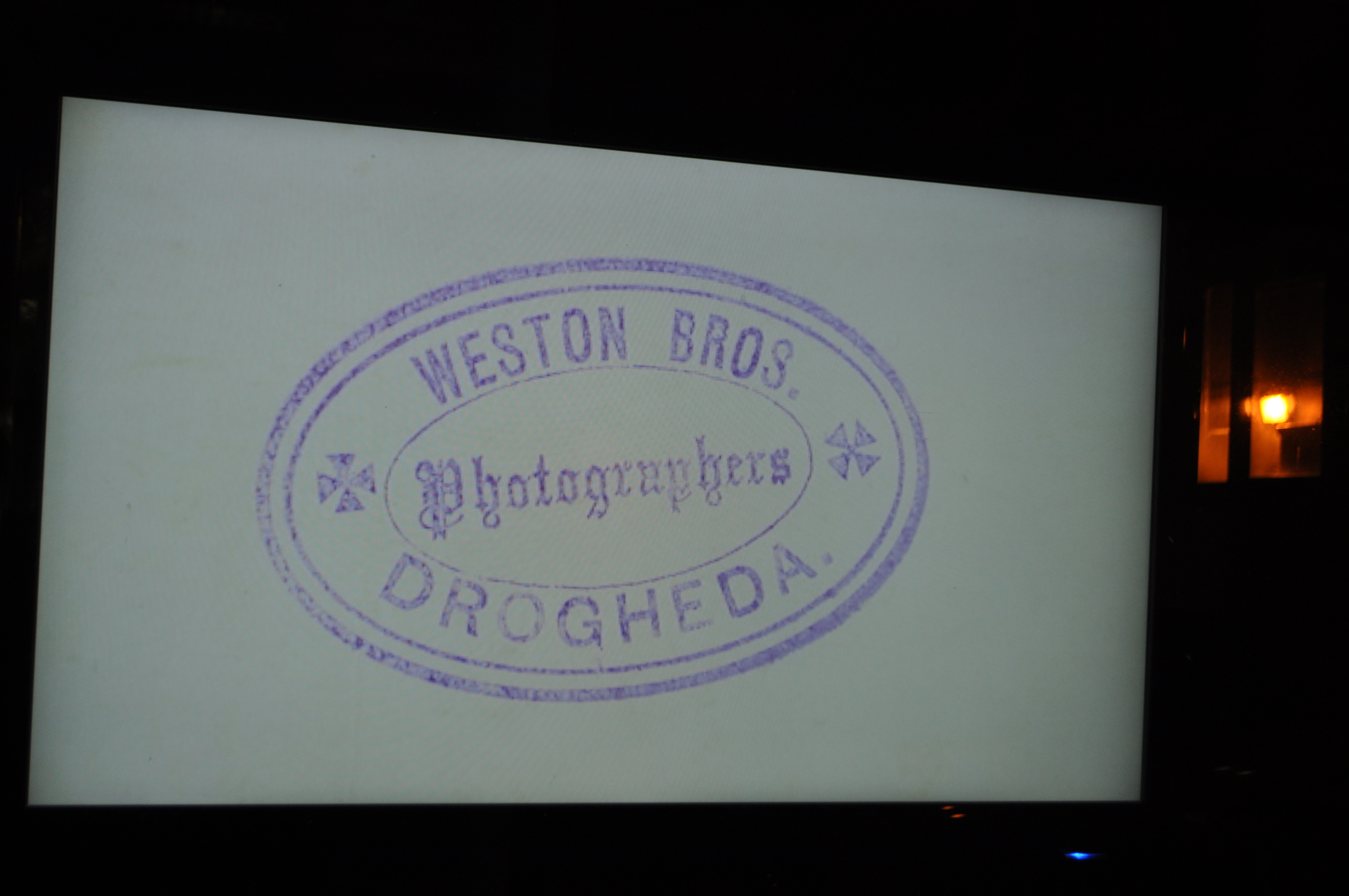 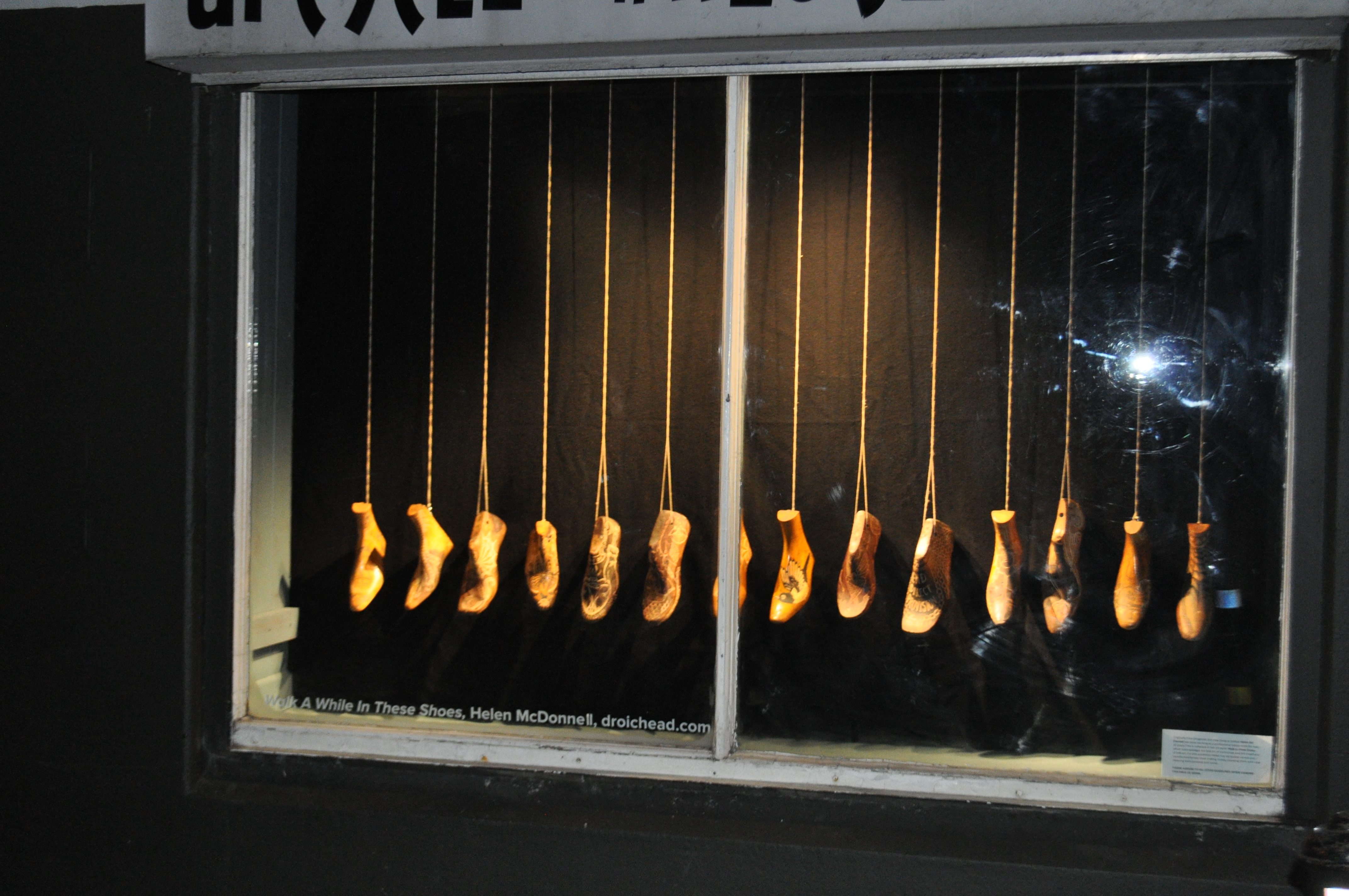 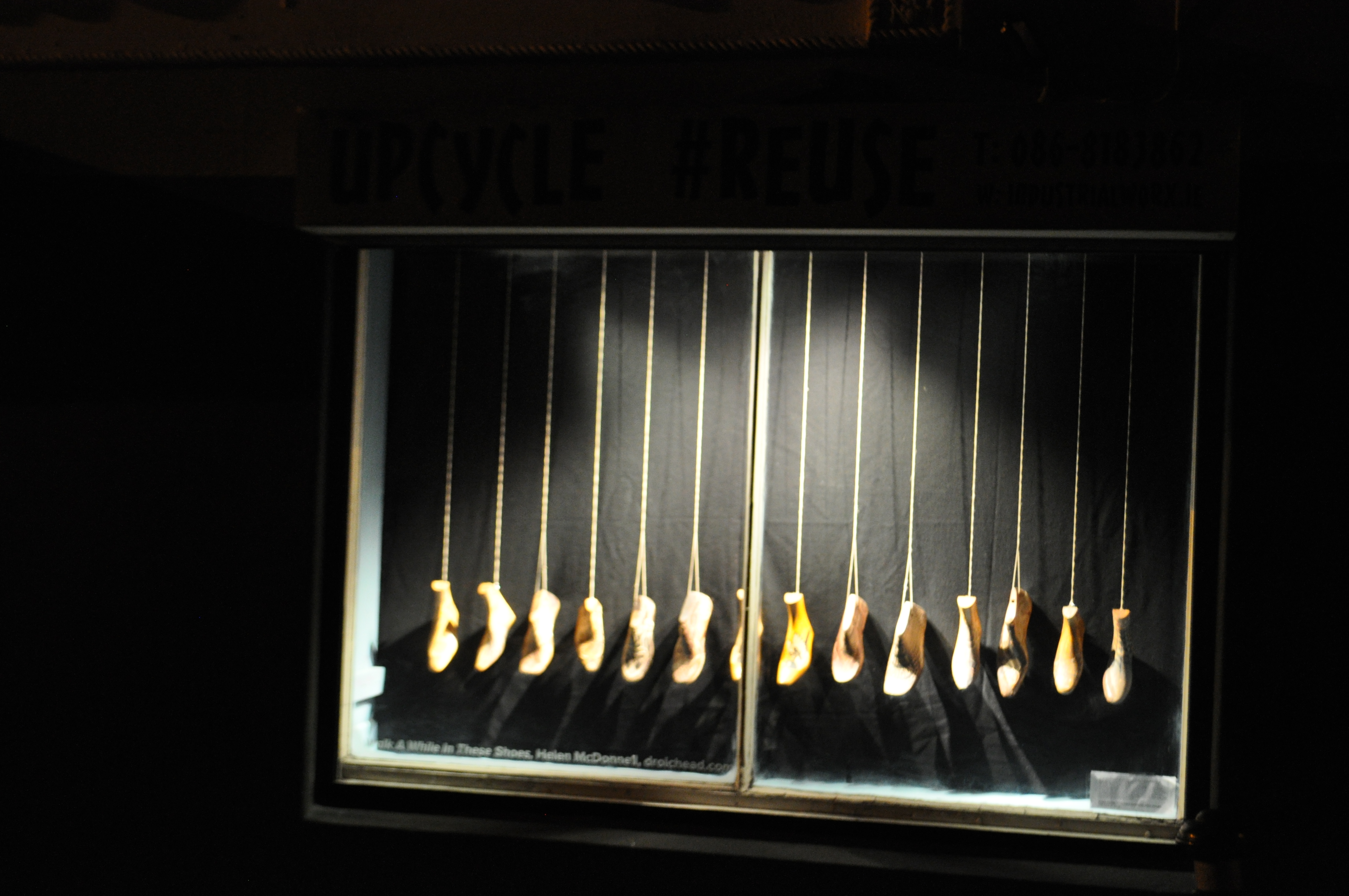 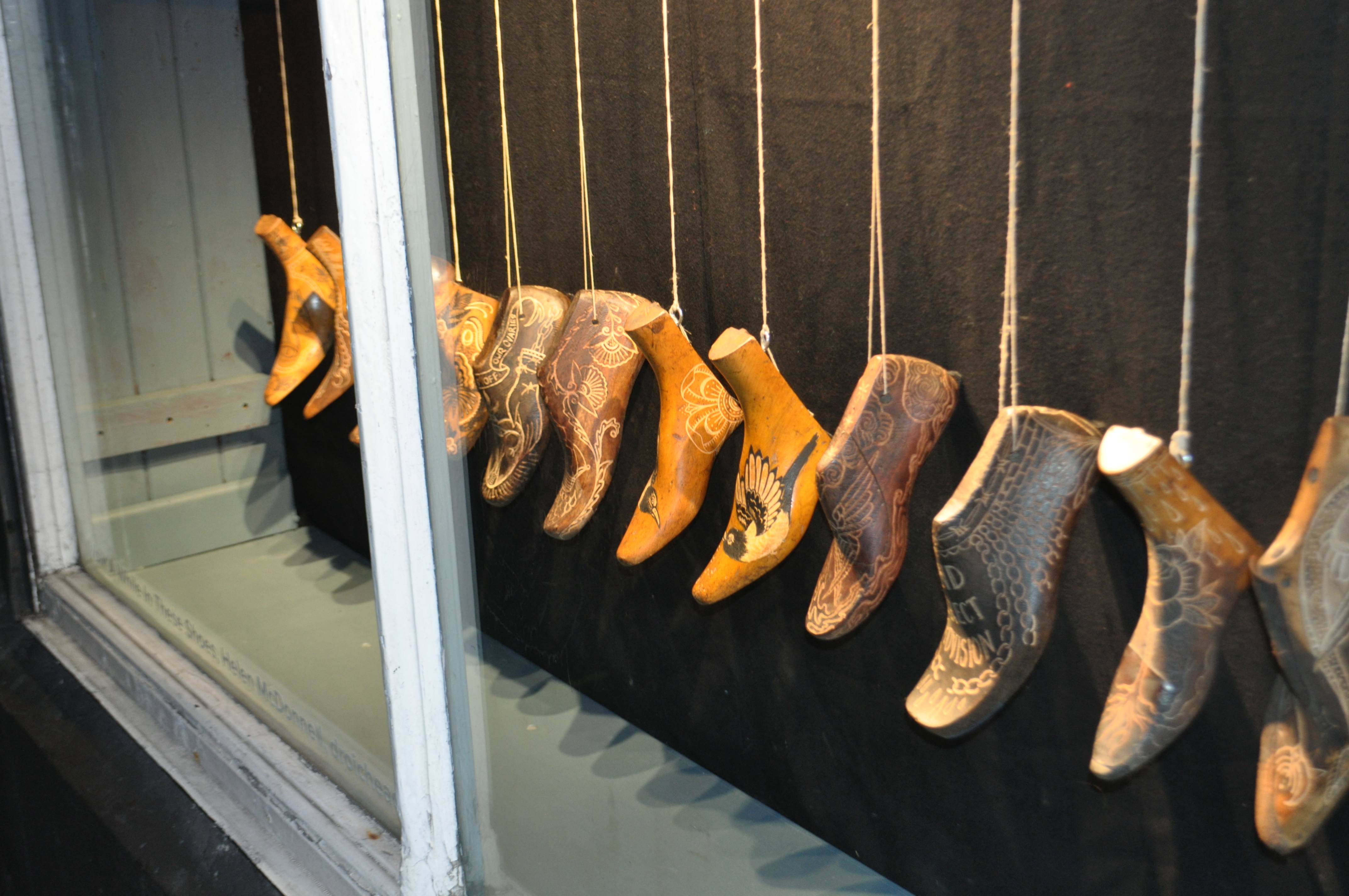 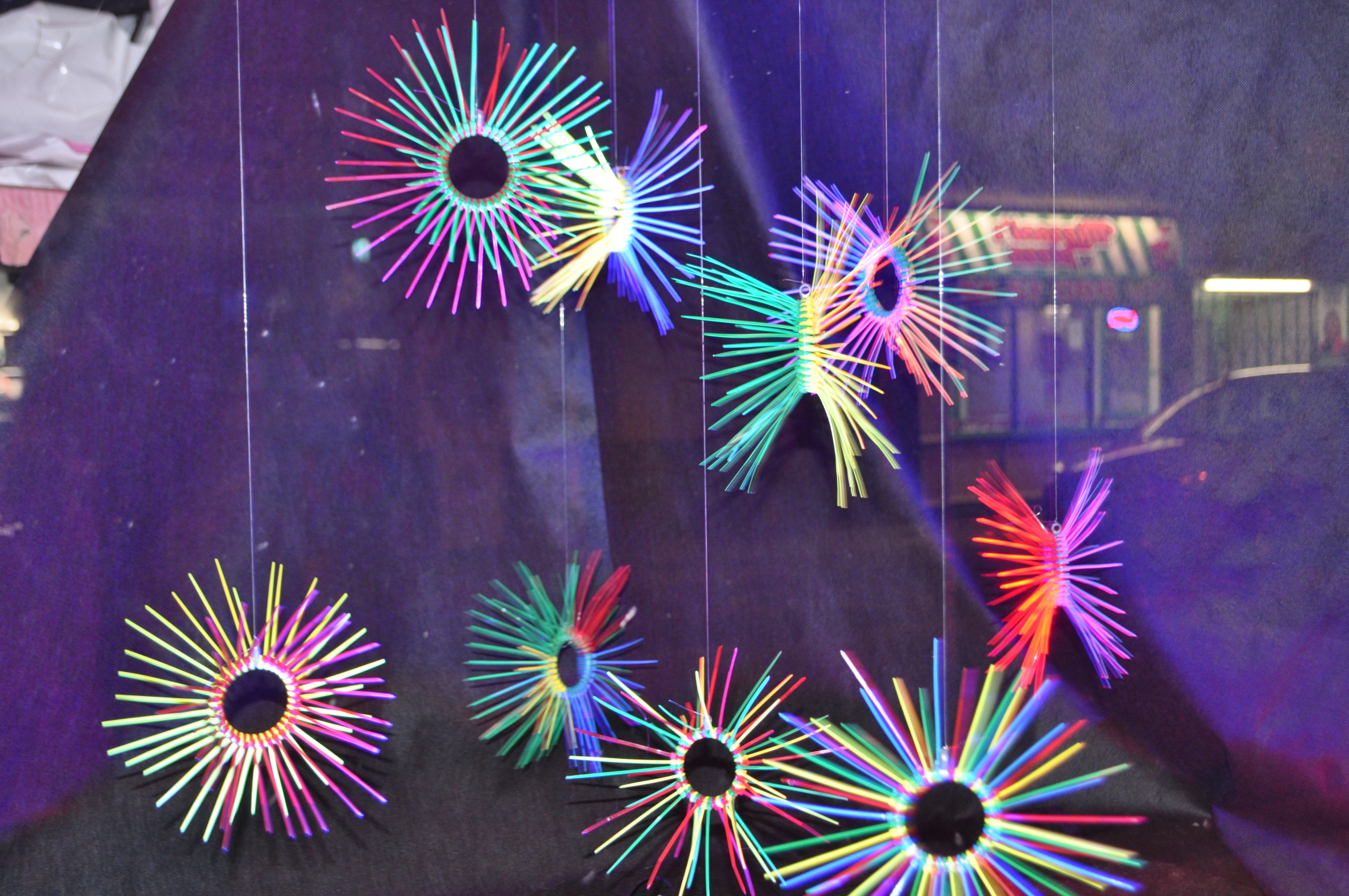 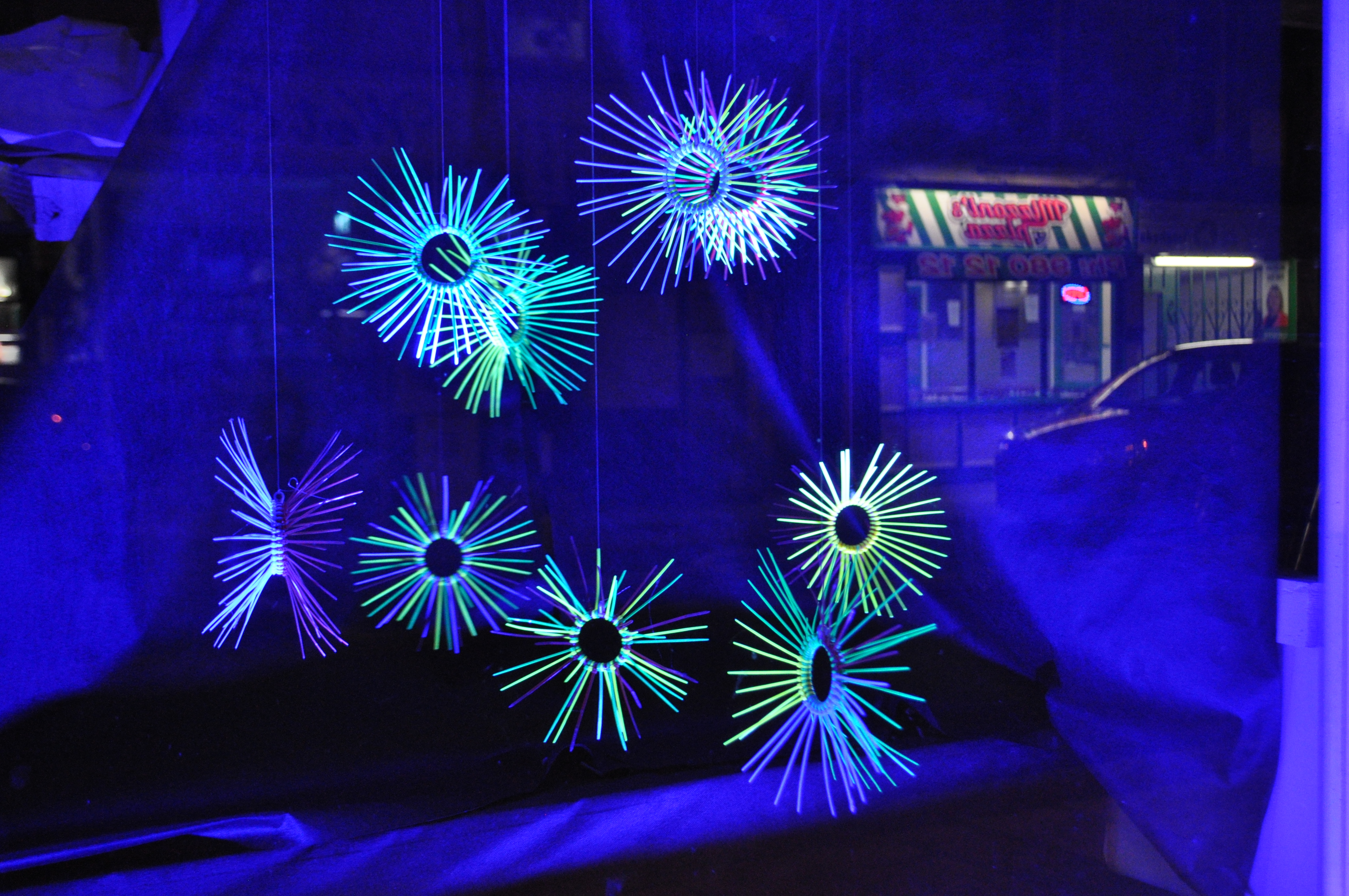 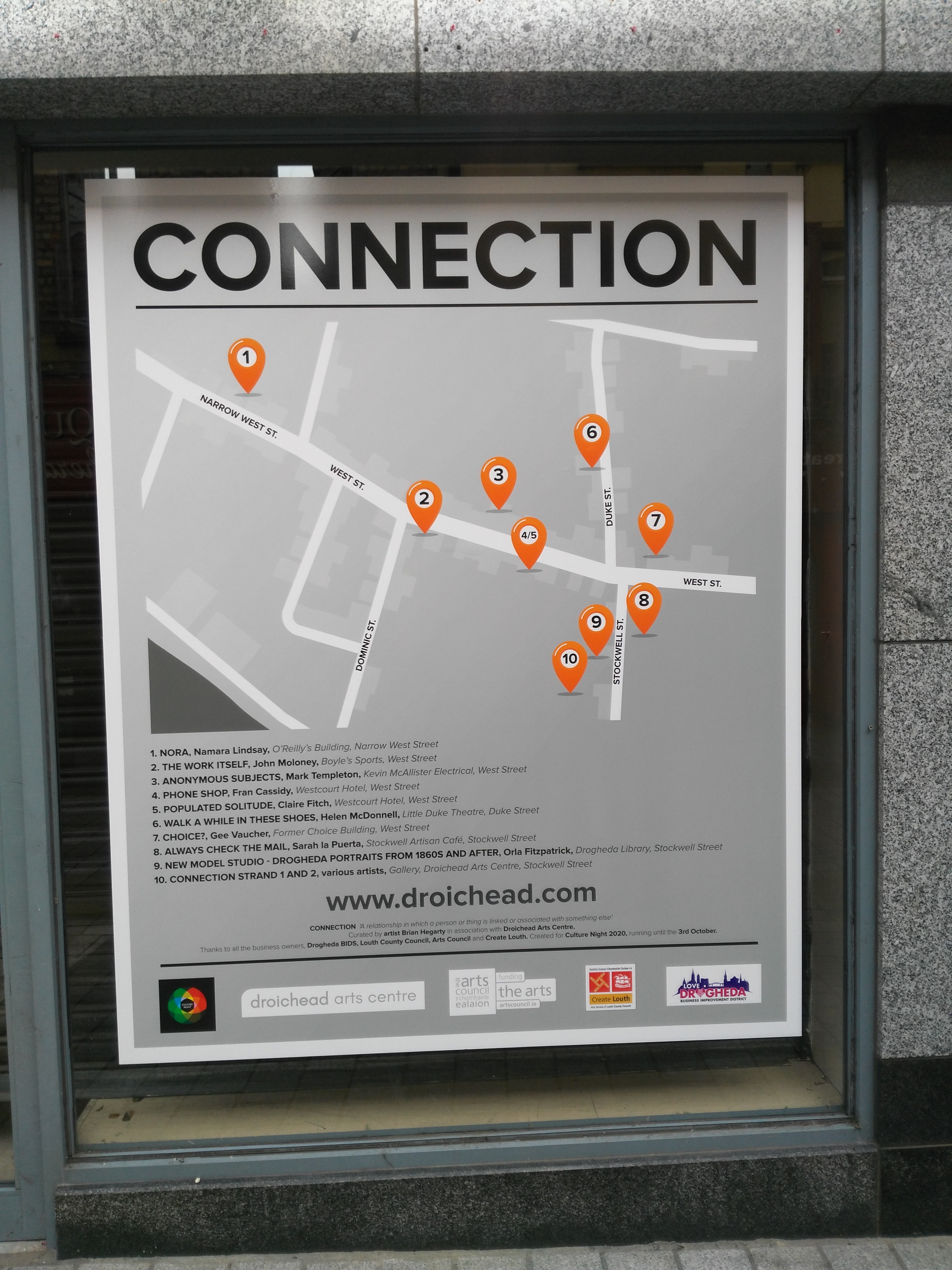